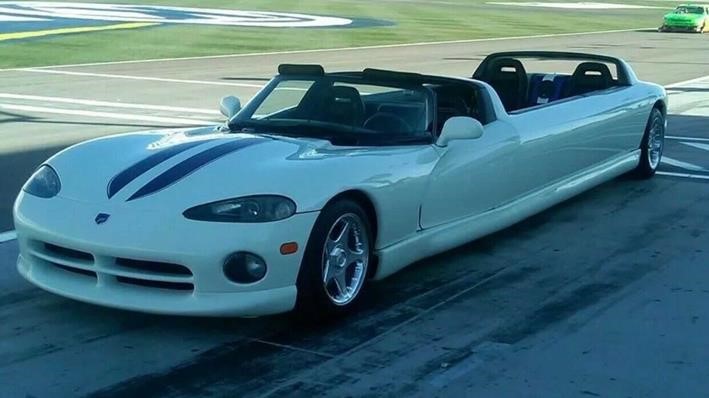 When one thinks of a Dodge Viper, a V10 engine, incredible performance and a less than good safety record, The Viper officially ceased production in 2017. Still, there are a few new unregistered vehicles to be had.

If you want a Viper, but the two seats in the cabin are not enough for your daily needs, finally, there is an answer.

Said to be the only one existence, no surprise there. From the front, it looks like any other 1966 Viper; look beyond the front, and it is an entirely different story. The car is altogether roofless, featuring black leather seating with the rear two of bucket seat design. All looks fine from the back, with the standard boot, taillights and bumper original.

If you think you can make good use of this Viper limo, you’re going to need deep pockets; it was listed on eBay with an opening bid of circa £99,000.